The life cycle of a White-flippered penguin 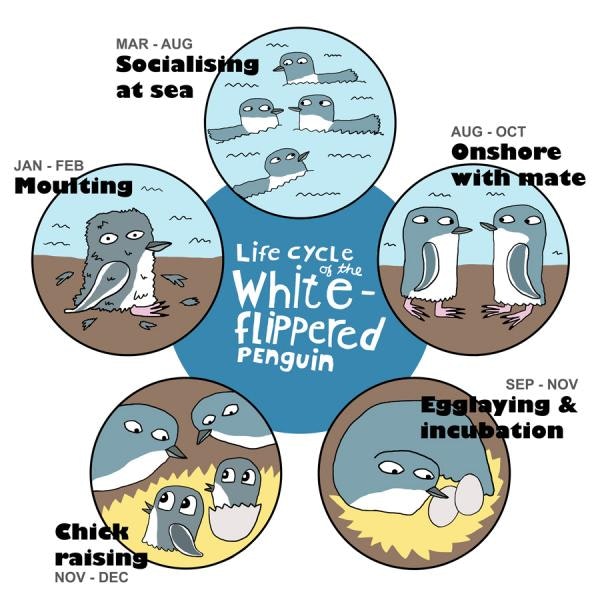 The White-flippered penguin is one of the smallest and rarest penguins in the world. It is endemic to Canterbury, New Zealand and breeds only on the Banks Peninsula and Motunau Island, where there are roughly around 4000 pairs nesting.

It is distinguished by its blue-grey colour, white stripped flippers, and very small size. The White-flippered penguin only grows to 30 cm and weighs 1.5 kg. They usually live for 8 years but can get up to 25 years old. Which would be if they haven’t been breeding that much.

The White-flippered penguin mate for life (mostly), and when they are 2 – 3 years old they are ready to start a family. They make their nests in hollows, under bushes or rocks, or in caves. A male can work on digging the perfect hole for the nest for up to 3 years (because the soil on the Banks Peninsula is so hard, because of it being an old extinct volcano). The penguins usually make their nest only a few meters from where they have raised themselves. Their nests have been spotted up to 200 meters above sea level, and 800 meters from the shore. 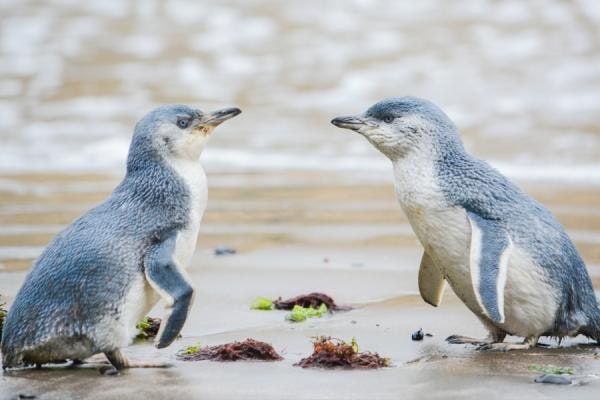 A pair of White-flippered penguin 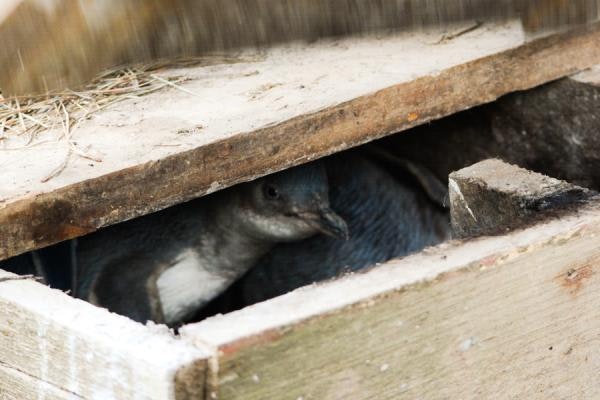 The parents feed out on the sea where they eat small fish during the day. Returning to the nest in the evening they throw up a fishy soup mixed with a natural protein. This will make the chicks grow fast, and after 50-65 days, they are the same size as their parents. Then they will fledge, swim into the sea by themselves. 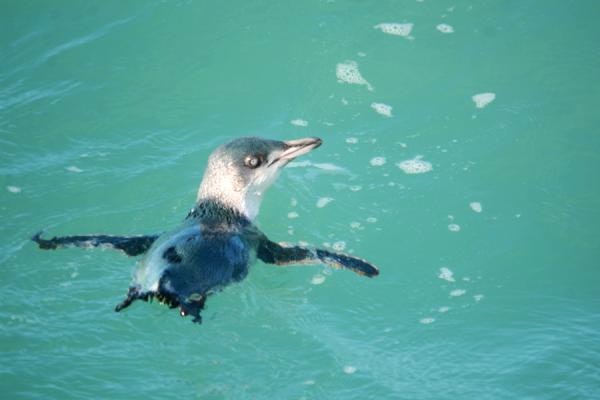 A White-flippered penguin feeding out on the sea

The White-flippered penguin has around 10,000 feathers on its body, but no oil in them, but they do have an oil gland, under the base of their tail. This means that they are not waterproof all the time. Every few hours you will see them on the water tipped on their side, preening oil through their feathers to keep themselves waterproof. 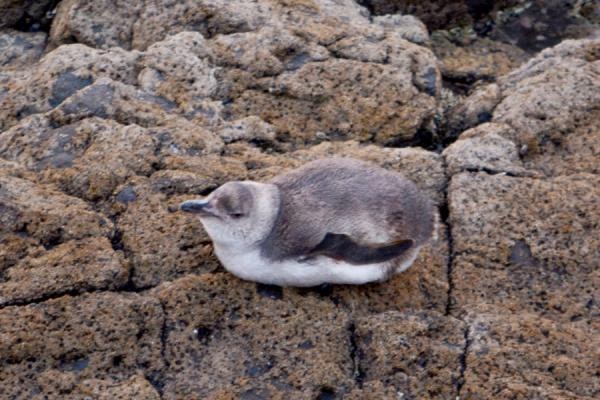 A young White-flippered penguin moulting on the rock

When the penguins are moulting, they can’t swim, so in this period they are stuck onshore losing a lot of weight because they can’t feed. But after moulting they have beautiful new blue-turquoise feathers that they are ready to show the world. 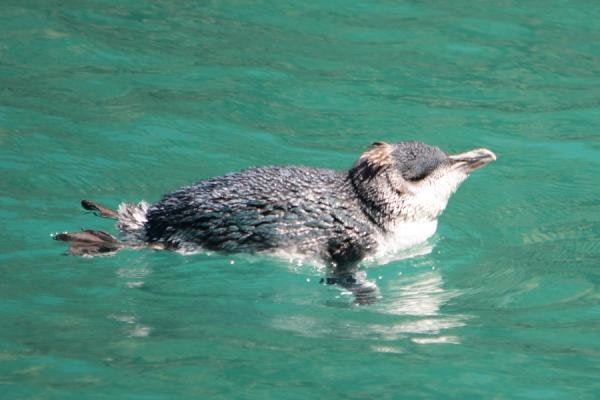 This young White-flippered penguin after moulting. It has beautiful new blue-turquoise feathers

More than one penguin is called a raft. They usually swim around by themselves feeding, but in the evening they will meet up in the water, and you will see a raft with hundreds of penguins swimming together towards their colony. This is for protection reasons. If one penguin sees a predator it tells the others, so they are safer when they are all together. Their predators would typically be ferrets, cats, stouts and giant northern petrels.

The White-flippered penguin spends up to 80% of its life out on the water. Only going onshore when it is breeding and moulting season. They can dive down to 6 meters and hold their breath up to 30 seconds. The reason for their blue back and white stomach is for camouflage when diving. Seen from the sky they will blend in with the blue water and seen from a predator bellow in the water they will blend in with the light from the surface. 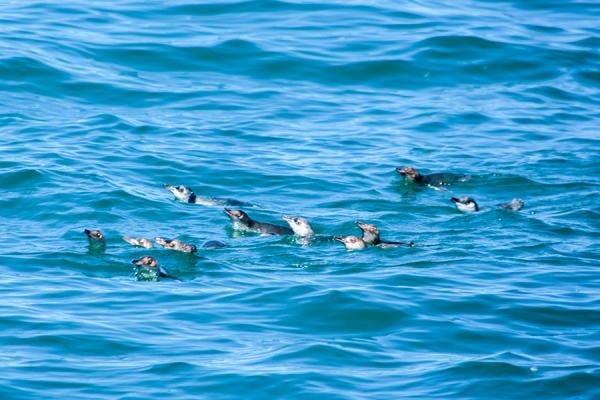 More than one penguin is called a 'raft'.

The White-flippered penguin is categorized as “acutely-threatened” by DOC, and “endangered” by IUCN.

Things to see in Akaroa