When recreational fishing in and around Akaroa harbour it is important to read up on our fish size regulations and where our two marine reserve boundaries are. Planning for a fishing trip is important as well, with our changeable weather, sea conditions and tides, we suggest speaking to a local to find out where’s best in different conditions.

ABOUT: This species is found throughout New Zealand. They are mostly associated with rocky ground. Has fang-like front teeth designed for tearing and crushing mussels and crabs. Can grow up to 5kg and 60cm in length, but this is rare. They have an aggressive behaviour and eating habits which mean that they are easily caught. Banded wrasse is often the first to take a baited hook when fishing commences – from both shore and boat. Can be eaten, but many would not prefer it. Hard to fillet.

ABOUT: There is a saying in New Zealand that Cook Strait is the spiritual home of the Barracouta. They can be found in the outer Marlborough Sounds and well out into Cook Strait in great numbers over the summer months. They are also just as plentiful off the Kaikoura coast and are caught there very close to shore. Be careful, their fangs can ruin fishing lines and they can attack when caught. Bad eating fish because they contain lots of small bones and have often long white parasitic worms embedded in their flesh.

ABOUT: The third most popular recreational fish in New Zealand and are an iconic South Island species. Blue cod can live up to 32 years. Bottom-dwelling fish found at depths of up to 150m. Only found in New Zealand waters. Easy to approach for divers, however,  beware the are known to nip fingers and even ears. They can change sex from female to male and males are generally larger than females. Blue cod has delicate and flaky textured white flesh. It is mild in flavour and with low oil content. 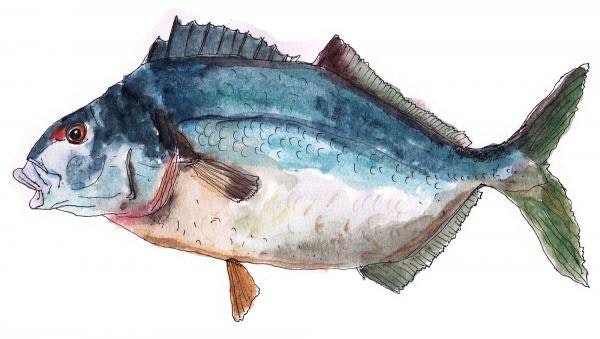 ABOUT: Prefer cooler shallow water temperatures and rocky areas. Can live for up to 30 years and grows up to 10 kg. Blue moki are caught year-round off the east coast, from Bay of Plenty to Kaikoura, by trawl or set nets. Blue moki feed on a variety of crabs, shellfish and worms, which they suck from the sandy or muddy seafloor. Blue moki has firm flesh which holds its shape well when cooked. 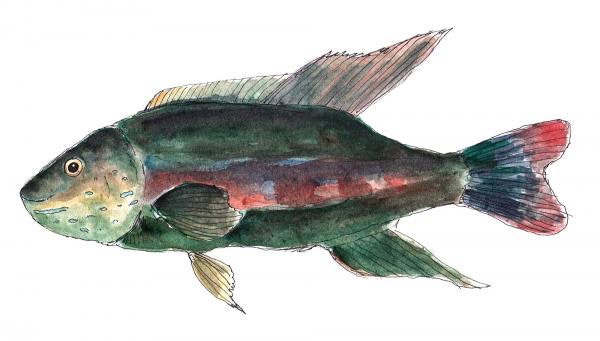 ABOUT: Characterised with their wavy ’mohawk’- like fins. More abundant and bigger in size further down south of the country. They live in shallower water usually 5-10m deep, heavy with kelp growing. They are herbivores, grazing on red, green and brown algae, particularly kelp, which they clip with their beak-like mouths, then grind with their jaws. They are almost always found in groups of one male and several females. Butterfish are of excellent eating quality.

ABOUT: They are found around New Zealand and the Chatham Islands. Some inhabit reefs a few metres below the surface, others live at depths of up to 400 metres. Hapuku rarely swims alone and are sometimes found in schools of 30 or more. Spawning occurs during the winter, often earlier in the north, but the actual spawning grounds are not known. It is thought that after spawning they may then return to the same location. Hapuku is thought to be slow-growing and can live to be at least 60 years old. The flesh is firm and white with few bones. Treat your groper with care to preserve its delicate flavour.

ABOUT: This is the second most caught fish in New Zealand. Kahawai can live up to 26 years and grows up to 65cm long. Found around the North Island, South Island, Kermadec and Chatham Islands. They mainly occur in coastal seas and harbours and enter brackish water in rivers. They school together in large groups and take bait easily. Kahawai mostly eat other fish, but also krill. Kahawai flesh is dark coloured with medium to thick flakes. It is popular as a smoked fish but can also be baked, marinated, poached, fried or used in a curry. 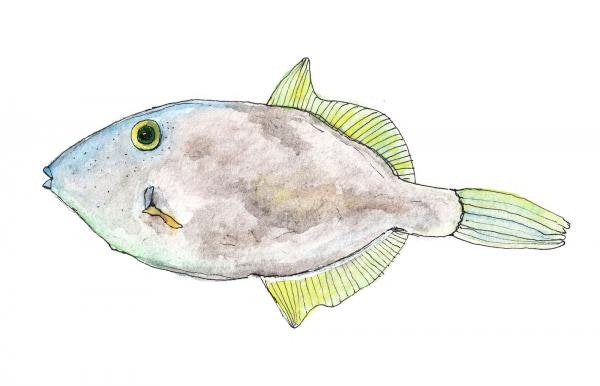 ABOUT: Leather Jacket are common throughout coastal New Zealand waters in rocky and weedy areas. They can also be found in more open sea areas at depths of 80 metres or more. Named for their tough leathery skin. They have a distinctive retractable dorsal spine and a uniform or mottled greenish-grey body with distinctive bright orange fins. Have been managed by the Quota Management System (QMS) since 2003. Leatherjacket has a tasty, white, firm flesh and is suitable for most cooking methods. 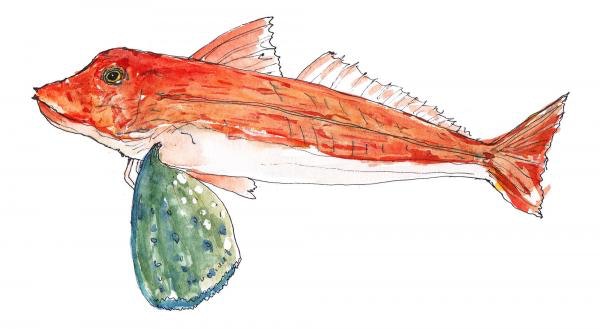 ABOUT: A fish with many names. Also called: Seaperch, scorpionfish (due to their heavily plated heads), red ocean perch, Sea Robins and Carrots. Found around the entire New Zealand coast (except southern fiords), over muddy seabeds and flat sandy bottoms up to about 50m. Has an orange body, with a large head and eyes. Will startle potential predators with its brightly coloured pectoral fins. Capable of making sounds using drumming muscles that are beaten against the gas bladder. Their name comes from the old French word ‘gornard’ meaning ‘grunter’ or to ‘grunt’. Fishers have often known red gurnard to grunt when caught. Recent sound studies in the Leigh Marine Reserve have shown that the fish makes a wide range of vocalisations in its daily life. Red gurnard has firm fillets that hold their shape when cooked.

ABOUT: The Spiny dogfish is perhaps the most maligned fish in the sea around New Zealand. When anglers hook one the usual comment is, “Oh no, not another spiny dogfish!”. Spiny dogfish, like all sharks, tend to spin when hooked and be careful of the spines, especially if fishing barefoot in the boat. Spiny dogfish are mostly found in the colder waters of the south and east coasts of the South Island at depths of 150 to 200 metres. It is sold in the shops as snow fillets. The white fillets are firm and very good to eat when cooked by all methods.

ABOUT: Trumpeter is found from the Bay of Plenty southwards to the Auckland Islands, but is mainly caught on the east coast of both islands. It is an elongated, flattened yellowish-green fish with a brilliant colour scheme. Three horizontal stripes running along its sides make the trumpeter immediately recognisable. Can grow to 1.2m and lives for about 30 years. Trumpeter moves inshore during summer and moves out to deeper water in the wintertime. They are caught in the shallow water of 20 metres. Their diet consists of crabs, shrimps, mussels, squid, octopus and small fish. Trumpeter is one of the very best table fish. 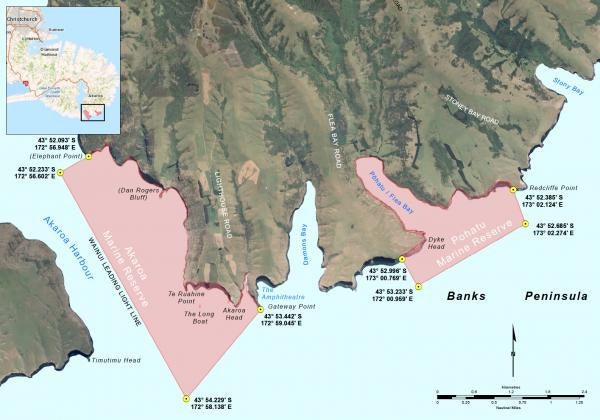 Overall, the aim is to not disturb any natural behaviour. Water-based tourist activities are the only action you’ll see going on in these areas.

The Life cycle of the female Hector’s dolphin

The Life cycle of a New Zealand fur seal

Donating $30,000 towards the Akaroa Hospital Rebuild