COVID-19 UPDATE We are OPEN and OPERATING our cruises at ORANGE →
Select Language:

Not only do we see the smallest and rarest oceanic dolphin daily, but occasionally we spot the Orca which is the world’s largest dolphin, also known as the Killer Whale! 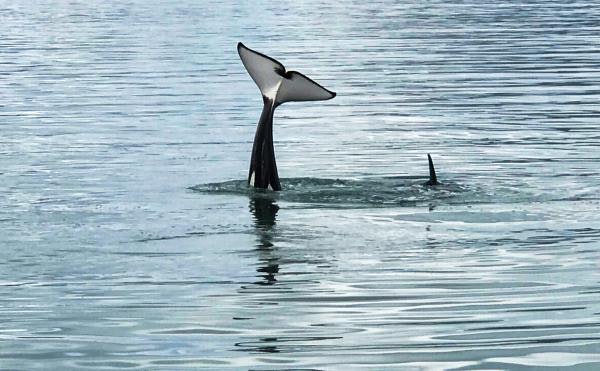 Like whales, we do not regularly see Orca in or around Akaroa Harbour. For this reason, we do not advertise watching them here. Although Orca’s prefer deeper waters they can be found in shallow bays and estuaries, and in inland seas, such as Akaroa Harbour. We get surprise visits from the Orca once or twice a year, and never no when this might be.

All throughout the coastline of New Zealand, we have endemic/residential Orca populations. Which means they are a species that exists only in one geographic region. Best compared to as ‘races’, like humans, but called 'ecotypes'. It is thought that there are three resident populations of Orca in New Zealand. One off the North Island, one off the South Island, and a third that travels between both islands. The best spots for viewing our endemic Orcas are; Kaikoura, Auckland’s Hauraki Gulf, Bay of Islands, Marlborough Sounds, and Bay of Plenty. Type B, C, and D Orca have been observed in New Zealand waters; however, sightings are extremely rare.

Our Orca differ from others, mainly because they are famous for entering New Zealand's shallow harbours and preying mostly on stingrays, which is part of their staple diet. No other Orca in the world is known to do this. This hunting technique is dangerous and explains why New Zealand has the highest stranding rate in the world. We generally don’t worry about the impact that they have on other marine mammals, such as our rare Hector’s dolphins. Although it has been heard that some Orca will consume our dolphins, whether they are our residential pods or other ecotypes that visit, we are unsure.

As other whale populations dwindled in the mid-20th century, Orca became our next target in the whaling industry boom. Not substantially hunted by any of the countries but were a last resort, due to being difficult to catch and with little oil yield. Orca are considered ‘endangered’, we are lucky that New Zealand’s coastal waters are home to an estimated 150–200 individuals! 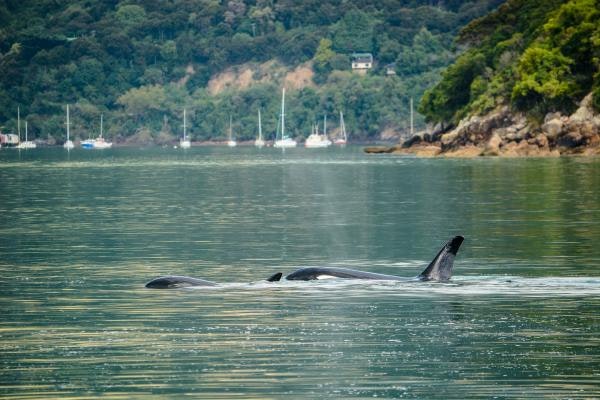 Over the last 12 months we have had two spectacular Orca sightings here in Akaroa Harbour! One being a Sunday in March 2019. Akaroa’s township was heaving with people, and luckily most people were on the waters’ edge, and observed the magnificent sighting. It was quite an event, with a pod of Orca joining in on the start of the almighty GodZone Adventure Race. With many stingrays living under & around Akaroa’s main wharf, they swarmed the place!

Then our last sighting was this very October 2019, on a Sunday as well. Passengers called it a ‘WOW’ moment, while on our brand NEW purpose-built catamaran.

We came across the most amazing sight, that we have never seen before, the largest and smallest dolphins swimming side by side.

“I have never seen anything quite like it in all my years of working on the water in Akaroa Harbour. First, we saw the bull then shortly after we spotted the mother and calf travelling north.” Skipper, Ian Bain. 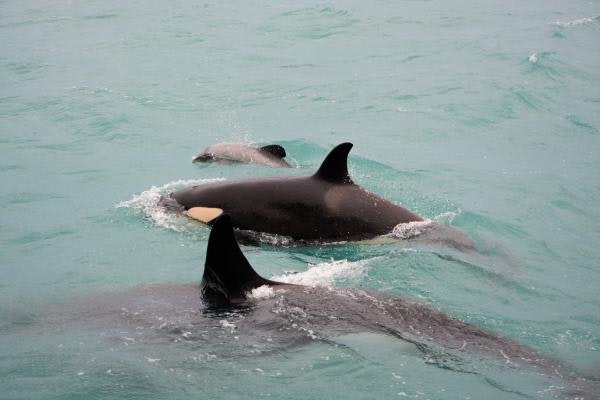