Birds That Can Be Spotted In Akaroa & Around Banks Peninsula

A subspecies to the Little Blue Penguin, this family are unique to Canterbury, New Zealand! Only nesting on the Banks Peninsula and Motunau Island, they have not long been removed from the endangered list! With a very special built-in memory of where they’ve been raised, this is where they will remain for the rest of their days. 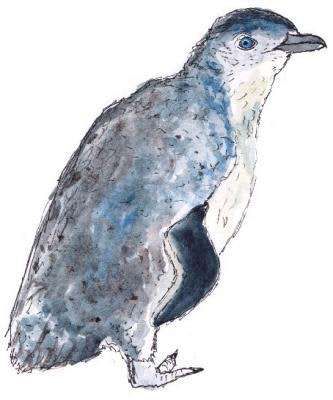 Being nationally endangered these beauties are super RARE to find in or around Akaroa Harbour. Starring the new take on the superhero mask, look for the quirk pale yellow encrusted band of feathers. The main reason we don’t sight them is due to the fact that their breeding commonly occurs in coastal forest areas, which we don’t have here on the peninsula. 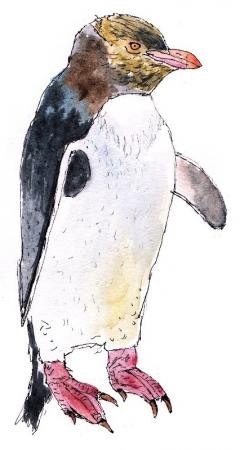 Endemic to New Zealand, it’s familiar to all, in rural and urban areas. With their alternative colours, they are often spotted roosting on powerlines or in the branches of high trees, if you don’t hear the distinctive sound of its wingbeats first. 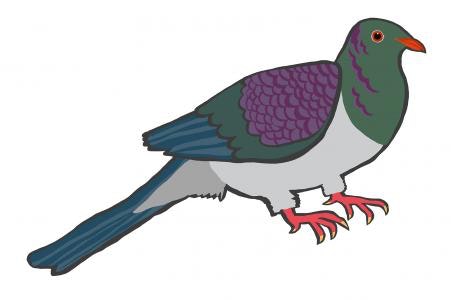 Our unique honeyeater Tui can be locally abundant where there are good pest control and flowering/fruiting habitat. Not long ago they had practically disappeared from the Banks Peninsula & all the low-lying lands of Canterbury, but the Tui reintroduction here on the peninsula has definitely been a success! So keep your eyes peeled for these beauties, especially around Flax plants. 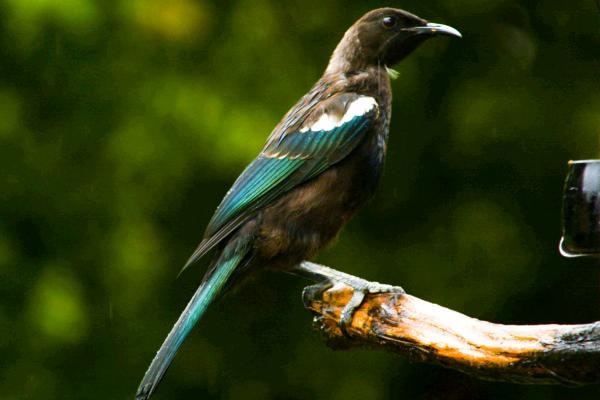 Most widespread and familiar honeyeater in the South Island. Adult males are olive green, while females are browner, both sexes have wine-red eyes. The famous bell notes are only heard when many birds are present at once, mostly at dawn and dusk, in places of high bellbird density with few other bird species. An incredible sound when experienced. 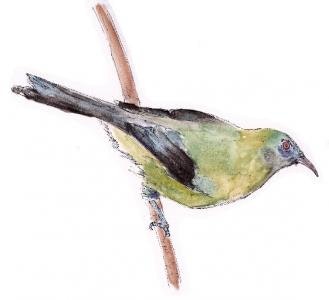 One of the most common native birds to be found in New Zealand. Famous for their distinctive fantail, powerful bird song and friendly attitude.  The best place to spot one of these in Akaroa is in the native bush, so in the Garden of Tane or up to the waterfall are recommended routes. 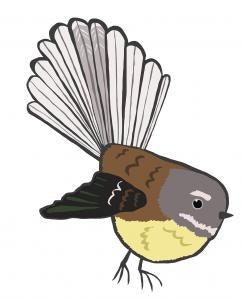 Found anywhere non-forested, from high country farms to coastal waters, like Akaroa. Although they’re very abundant, often gathered together in large feeding flocks, this is the only large gull you’ll see in New Zealand. 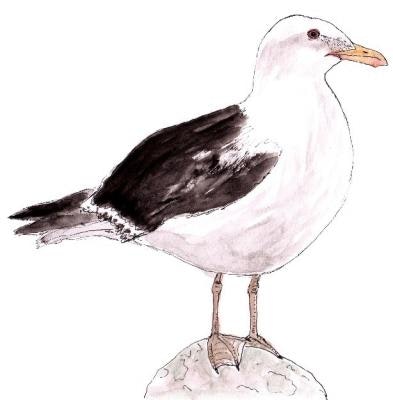 Noted, this one will be wearing a black cap and a long forked tail. Considered common, but undoubtedly look beautiful in flight. White and elegant, they’re always photogenic. Sadly, their population in New Zealand has declined dramatically in the last 40 years and are now to be considered at risk! 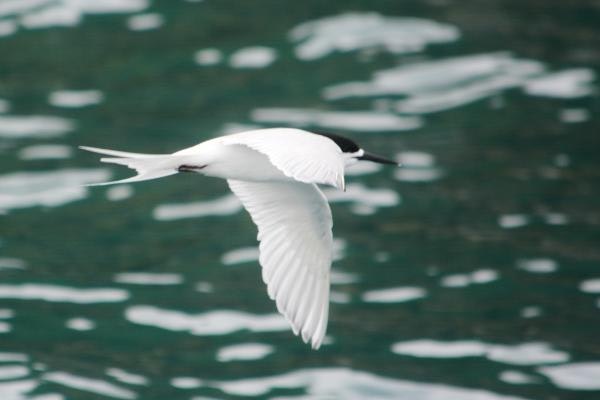 Rarely seen in Akaroa harbour, only after a large storm out at sea. Beautifully impressive birds, with long black-tipped wings, reaching a 1.8m wingspan and golden neck & head.  Consequently, they’re easily recognisable by their noble profile when flying. 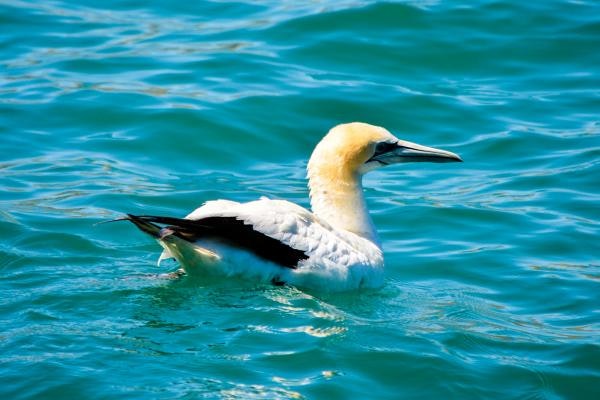 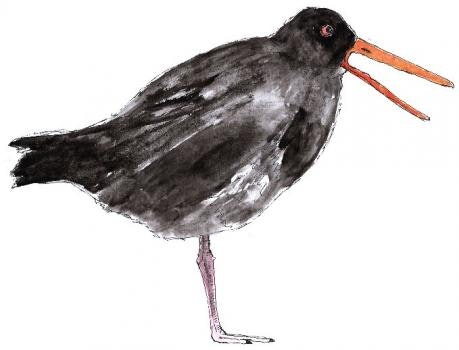 These odd bods are the only yellow-footed shag species endemic to New Zealand! Entirely marine-based, Akaroa Harbour is the perfect place to spot them. Watch the shags dive from the sea surface to catch fish and marine invertebrates with their slender hooked bills. Propelling themselves underwater with webbed feet, you will see them pop up and down continuously, just don’t mistake them for penguins or a dolphin! It is speculated that the population was formerly limited by food availability and that a reduction in fishing effort around the Banks Peninsula, especially in the late 1980s, may have contributed to the observed growth in the spotted shag breeding population. Many of the guys here in Akaroa Harbour, you will see up high on the volcanic crater rims made of ash & lava. The Adult male’s breeding plumage is also quite an impressive sight, quiffs and all. 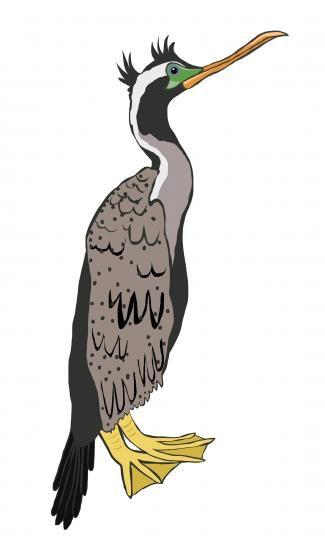 The largest of the shag species found her in Akaroa Harbour. Often alone or in small groups roosting on our rocky outcrops or up in our native trees. The first thing you’ll spot is their large white chests and mistake them for a penguin. 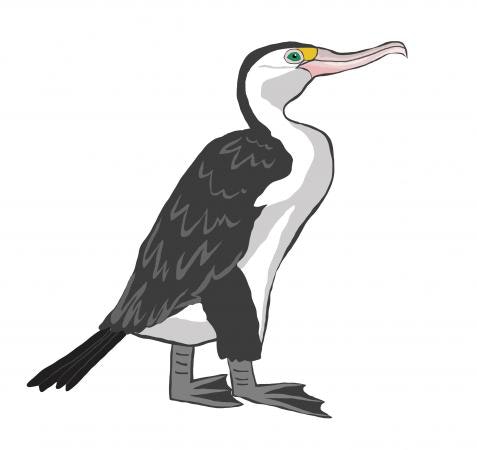 Otherwise known as mini Dracula’s! Due to the fact you will only occasionally spot them on the rocky harbour edge in Akaroa, drying themselves, with their black cape-like wings stretched out.  Once upon a time they were prosecuted strongly by fisherman, who believed they are big lovers of Trout! As a result, they are now sparsely but widely populated around the coast of New Zealand. 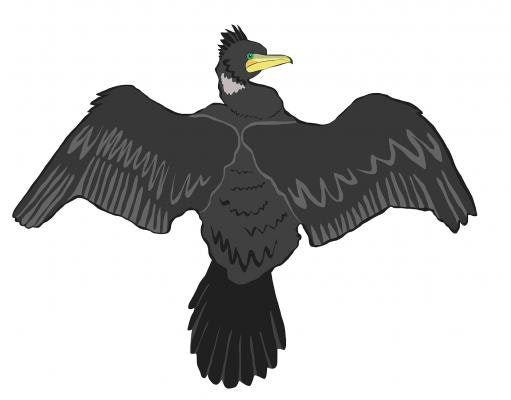 You might hear them fluttering past your ear before you see them, with their distinctive sound in flight. They’re generally sighted in large flocks, up to thousands at a time. Here in Akaroa Harbour, we see them feeding on schools of fish or groups of crustaceans on the water surface, which would be commonly Kahwai and Krill here. 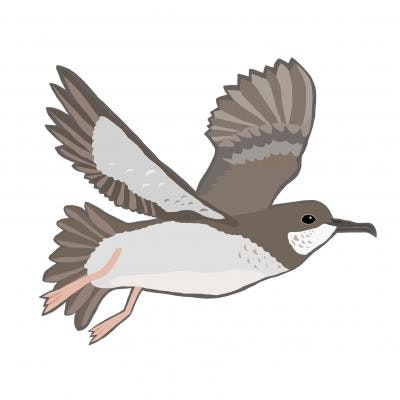 A common seabird, they are very similar to the above, most likely found in a spectacular flock. We watch them feed, as they fly into the water from a shallow angle, just like a mini Olympic diver. Traditionally, our local Maori will pluck these chicks from their burrows to have for their dinner, a delicacy to many! 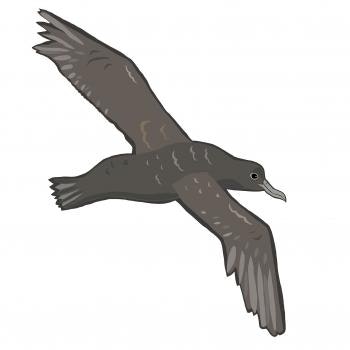 Endemic to New Zealand, these waterfowl are noisy, colourful and rather conspicuous. Their population has taken decades to heal again after they were excessively hunted in the past, but now they’re a great spot. We just love how the female and male plumages are contrasting, all ready to waddle down the catwalk. We also discovered a connection between humans and these ducks! Males have a deep goose-like honk, while the female has a much more shrill, rapid & persistent sound. Does that not sound familiar to you? 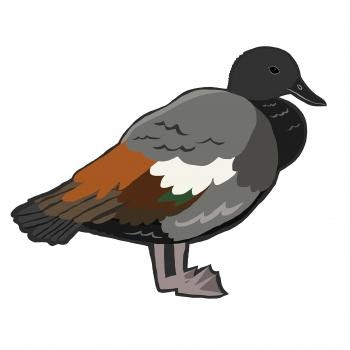 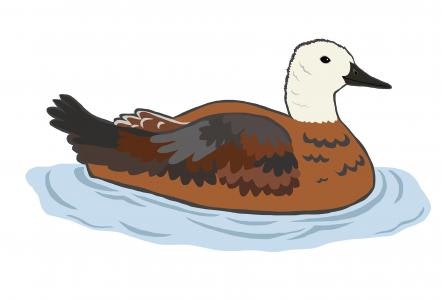 The Hyenas of our ocean! Not very pretty scavengers that even growl when they feel threatened. Aggressive and opportunistic, these birds will eat anything dead or alive from birds like our little White-flippered penguins & Albatross, to New Zealand Fur seals and even whales. 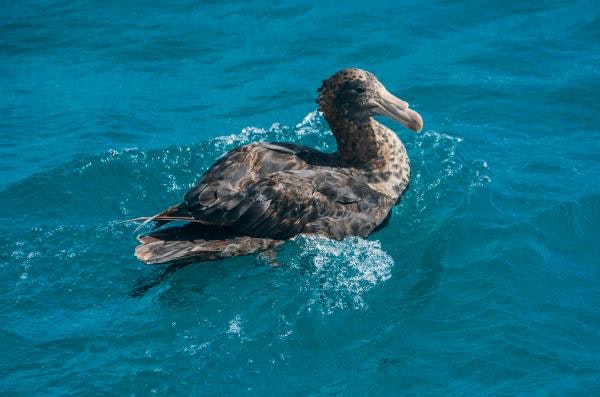 A smaller more abundant cousin to the eminent Albatross found on the Pacific Ocean. Silent creatures, who star the most striking of bills; black, with gold top & bottom plates! Not regularly seen here in the harbour, but you never know! 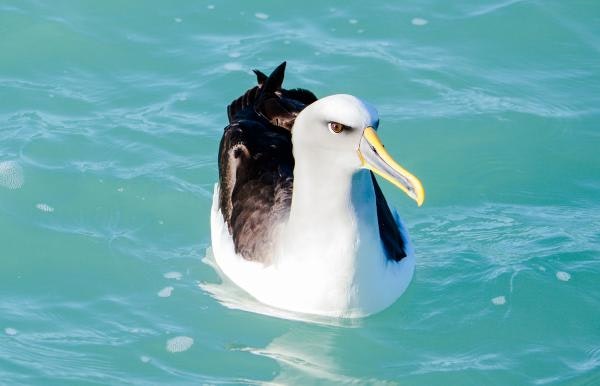 You would be incredibly lucky to spot one of these royals out at sea today, naturally uncommon, these breath takers have a wingspan of 2.9-3.3m. Even with strong winds, the Royal Albatross will glide effortlessly through the skies. Although usually found solitary out at sea, they are known to be monogamous with the majority having long term partners. A must-see is their sexual displays, which can consist of aggressive bill snapping, clapping and gulping! Sounds more scary than sexy to me! 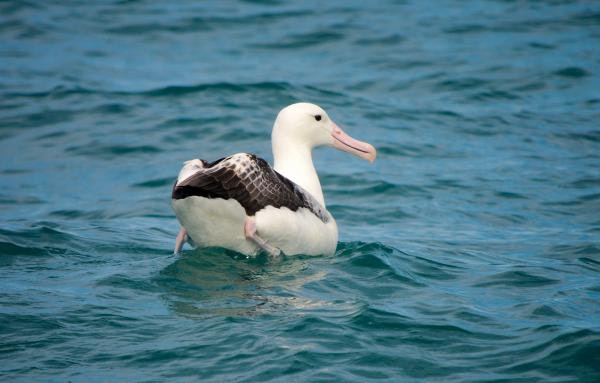